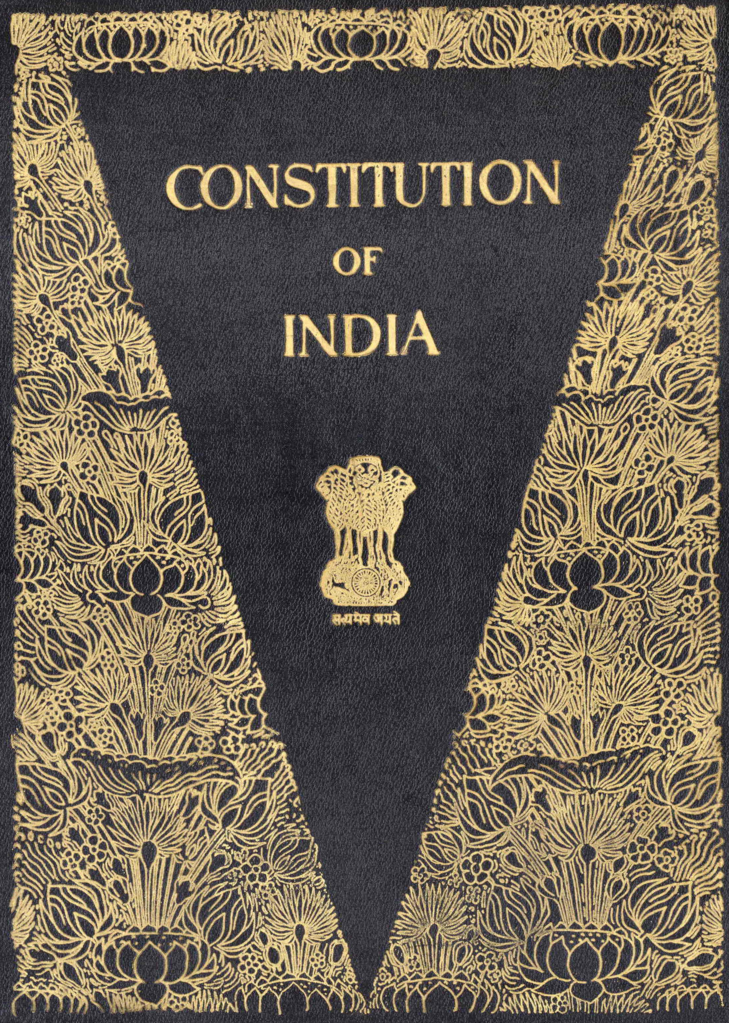 We are a group of retired civil servants and Armed Forces veterans who interact, discuss and deliberate on important issues of public concern and as found necessary take it up with concerned authorities. We found it necessary to take up this important issue of electoral integrity with the Election Commission. Hence this Memorandum.

You, Sirs, more than anyone else in our polity, would know that elections are synonymous with democracy and are meant to translate the consent of the citizens into governmental authority. To achieve this, elections should be held in strict conformity with democracy principles. These principles as we understand are:

a)         In view of the “public rationale of elections”, the process should be transparent in a manner that the general public can be satisfied that their vote is correctly recorded and counted.

b)         All essential steps in the elections should be subject to public scrutiny/examinability;

d)         There should be verifiability in the counting of votes and ascertainment of the results reliably without special knowledge.

Electronic Voting Machines (EVMs) that are being presently used to conduct elections may be devices of technology excellence. But the question is – do they comply with the above ‘Democracy Principles’?

There are broadly 5 types of voting systems in use around the world:

(i) Paper Ballots. Vote recorded on paper and counted by hand.

(v) Internet-based Voting or Online Voting. Most vulnerable, not suited.

India abandoned (i) and adopted (ii) and now in the process of implementing (iii). Of these only ballot papers fully conform to democracy principles.

Federal Constitutional Court of Germany in a landmark judgment in March, 2009 held the use of EVMs unconstitutional if they do not comply with ‘Democracy Principles’. The Court ruled that in view of the “public rationale of elections”, the process should be transparent in a manner that the general public can be satisfied that their vote is correctly recorded and counted. The standard the Court set for this purpose was that there should be a provision whereby ‘the votes are recorded and counted in another way besides electronic storage’ and there is ‘retraceability’ of the election result independently of the electronic count.

In Civil Appeal No. 9093 of 2013 and WP (C) No. 406 of 2012 on 8.10.2013 Supreme Court of India passed an order mandating the use of voter verified paper audit trail along with EVMs and directed the Election Commission of India (ECI) to implement the VVPAT system in a phased manner. The Supreme Court observed: “From the materials placed by both the sides, we are satisfied that the ‘paper trail’ is an indispensable requirement of free and fair elections. The confidence of the voters in the EVMs can be achieved only with the introduction of the “paper trail”. EVMs with VVPAT system ensure the accuracy of the voting system. With an intent to have fullest transparency in the system and to restore the confidence of the voters, it is necessary to set up EVMs with VVPAT system because vote is nothing but an act of expression which has immense importance in democratic system”.

Supreme Court has repeatedly stressed that principles of democracy are a part of the basic structure of the Constitution of India. Replacement of paperless EVMs with VVPAT EVMs is imperative for the following reasons:

a) To impart confidence in citizens that their vote will be recorded and counted accurately. b) To allow for a recount.

c) To provide a backup in cases of loss of votes due to malfunction.

d) To test – through a sizable random selection of machines – whether the paper result is the same as the electronic result.

It is our studied belief that the legitimacy of the electoral process in India, and, as a consequence, of democracy itself, today faces a grave threat. This is because the system of using EVMs has not only been repeatedly shown to be riddled with glitches, but also because insufficient steps have been taken thus far to allay these concerns. We also note with concern the spate of VVPAT malfunction in the recent byelections – as high as 20.82% in Kairana, 19.22% in Bhandara-Gondia and 13.16% in Palghar byelections against EC norm of 5% which itself is too high.

In fact, ECI has delegated a number of crucial functions regarding the conduct of elections – like manufacturing, checking and maintenance of EVMs – to the EVM manufacturers and other agencies over which it has little or no administrative control. Even the most critical manufacturing of semiconductor chips and embedding them is outsourced to foreign companies. Election Commission lacks the technical capability necessary for exercising effective technical control on these activities and operations. In order to ensure the integrity of the electronic voting system, ECI must take immediate steps to assume greater administrative and technical control over the 2 EVMs manufacturers and related agencies in so far as the manufacturing, checking and maintenance of EVMs are concerned.

In our considered opinion, there is scope for ‘insider frauds’ at three stages:

(ii)        At the district level, during the non-election period, when the EVMs are stored in archaic godowns in multiple locations with inadequate security systems.

(iii)       At the stage of ‘first level checks’ prior to an election when the EVMs are serviced by ‘authorised technicians’ from BEL and ECIL.

Although, pursuant to the 8.10.2013 order of the Supreme Court, EC has confirmed that all EVMs will be accompanied with VVPAT for the upcoming 2019 general elections, it is seen, as explained in your letter 13.2.2018 the chief electoral officers in all States and Union Territories have been directed to mandatorily verify VVPAT paper slips in only one randomly selected polling station in each assembly constituency. This defeats the very object of installing VVPATs in all EVMs which would be rendered nugatory tantamounting to non-implementation of Supreme Court Order.

The main purpose behind the introduction of VVPATs is to bring in accuracy, verifiability and transparency in the casting and counting of votes. With the presence of VVPATs, voters can verify if their vote has been cast to the right candidate. Needless to say, it is only when the paper slips as verified by the voters are counted that the true purpose behind introduction of VVPATs is served. Without counting of VVPAT paper slips in a significant percentage of polling stations in each assembly constituency, the objectives of verifiability and transparency in the democratic process would remain unrealized.

The direction to hand-count VVPAT slips in just ‘one polling station per Assembly Constituency’ works out to 0.4% of EVMs on an average. This is nothing but an exercise in tokenism. This would defeat the very purpose of introducing VVPAT and, what’s more, would also be fraught with all the risks of conducting elections with paperless EVMs. In the rush to declare results and the winners, the Election Commission cannot turn a blind eye to the possibilities of wrong totaling due to EVM malfunction or EVM tampering. Surely, in something as important as ensuring the integrity of the election process, a delay of a few hours or even a couple of days shouldn’t matter at all, more so when the entire election process, from the date of announcement to the date of counting, lasts for 2-3 months. Cost and time, we submit, cannot be considerations when the integrity of the entire electoral process is at stake.

Sample of ‘one polling station per Assembly Constituency’ is statistically unsound in terms of size. Also, because the various polling stations in the constituency are not similar the sample drawn may not be truly representative of the constituency as a whole. There is an imperative need for stratified sampling with a random sample of one or more polling stations drawn from each of the following ‘strata’: urban (middle/upper class); urban (poor/slums); semi-urban; rural; Dalits/minorities; remote hilly/desert/forest areas; those with very heavy voter turnout (> 80%); with moderate voter turnout (50% to 80%); with low voter turnout (<50%); those about which a large number of complaints received etc.

We, therefore, suggest that VVPAT slips must be simultaneously counted for a sample size of at least 25% of the polling stations in an Assembly Constituency with the samples drawn randomly from the different strata and verified with the electronic count. This random selection of booths should be done in consultation with the candidates or their authorised representatives. If any variation is found then the entire VVPAT slips in the constituency should be counted and tallied with the electronic count before declaring the result.  We believe this is a direction that can be issued by the Commission immediately for the 2018 State Assembly elections for testing and refining so that it can be fully implemented in the forthcoming 2019 general elections to Parliament? This alone would ensure greater standard of verifiability and integrity in the electoral process.

An accurate recording of the democratic will of the electorate, to the satisfaction of the electorate, is indispensable to the democratic process. The exercise of the right to vote must take place in a manner that is in consonance with the highest principles of integrity and fairness as enshrined in the Constitution of India. Our suggestions, if implemented, will help instil in the electoral process greater transparency and fairness. We believe it is imperative that the EC implements our suggestions in order to ensure the sustenance of the principles of republican democracy that stand at the bedrock of the Constitution of India.

As it is, not everyone is convinced of the fairness of EVMs. This has caused deep doubts and apprehensions among the political parties and voting public about the reliability and integrity of electronic voting and therefore its compliance with democracy principles. ECI introduced VVPAT mandated by SC could bring about some compliance of these principles. And this is possible only if total (100%) reliability of EVMs and VVPATs is ensured and large percentage of paper slips hand-counted and cross-verified before declaring results. Former CECs have also suggested this course of action.

Constitution of India (Article 324) mandates the ECI with the superintendence, direction, control and the conduct of all elections. What we are seeking is well within the powers of ECI and therefore immediately doable. In the event, we urge the Commission to expeditiously issue the directions requested for in the interest of Electoral Integrity which is the bulwark of Democracy.